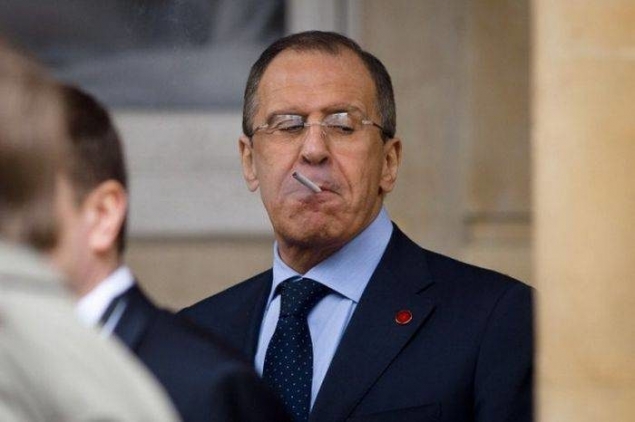 Offering ‘resets’ to Russia does not work. On the contrary, a more muscular approach to the country will yield results

Pragmatism is a fast geopolitical healer. The poisoning of Alexei Navalny last year, and his imprisonment this year, meant Russia’s relations with both the European Union and United States appeared to be hitting new lows. Nonetheless, both Washington and European capitals still want to look for ways to keep at least minimally positive relations with Russia. And there is progress: the US and Russia just extended the New Strategic Arms Reduction Treaty, while Joe Biden and Vladimir Putin have already announced their intention to “maintain transparent and consistent communication going forward”. The EU high representative, Josep Borrell, is visiting Moscow early this month to exchange views on tough dossiers, but also, possibly, to look for ways to relaunch some degree of selective engagement with Russia.

This outreach does not qualify as ‘resetting’ relations with Russia. But to move forward – and there are ways to move forward – there first needs to be an understanding of what went wrong with the half a dozen previous failed attempts to reach out to Russia.


RUSSIA RESETS: THE OBITUARIES
In the last decade or so there have been several efforts to officially launch or unofficially push for resets in US or EU approaches to Russia. The first, of course, came in the early days of the Obama administration. At the time, the US-led reset was matched on the EU side by a much-trumpeted EU-Russia Partnership for Modernisation and the so-called Meseberg process launched by Germany. Both collapsed before even properly starting.

Even the annexation of Crimea and war in Donbas did not entirely kill the appetite for resets. Two years after Crimea was invaded, in March 2016 the EU put forward its so-called five principles on Russia, one of which called for “selective engagement”. In the summer of 2019, Emmanuel Macron launched a major effort to reset relations with Russia as well.

All of these attempts – from the mature to the half-baked – have run into trouble. The question is: Why?

WHY DON’T RESETS WORK?
Western offers to start over are predicated on the idea that resets should be based on mutual concessions, more or less freezing the security status quo (not least in eastern Europe) along with lavish dollops of diplomatic niceties.


Russia has a different approach. While it does not mind diplomatic resets in principle, it certainly does not want to reset its own foreign policy. Quite the contrary; it is doubling down on it. Russian thinking is that Moscow made plenty of unilateral strategic concessions in the 1990s and 2000s, and now it is the West’s turn for such concessions. Moscow is not interested in maintaining the strategic status quo, especially around its borders. Rather, Moscow wants to ‘regain’, not ‘maintain’, influence in the shared neighbourhood with the EU. If the West wants resets, the Russian thinking goes, it is up to the West to retrench.

Whereas Western resetters have long now found themselves banging their heads against the Russian foreign policy wall, Russia has found its own ways to circumvent the barricade of EU and US foreign policy positions: stick it out until a new offer to start again comes along. To a degree, each new reset offer only fuels Russian reluctance to truly engage: why make mutual concessions if chances are in a few years’ time new leaders in key Western countries will offer a new reset? This rewind-and-repeat approach only suggests to Russia that the West is softening.

The West has also been quietly accommodating Russian interests on lots of issues. NATO enlargement to Ukraine and Georgia is frozen. The US and EU position on recent events in Belarus or the Armenian-Azerbaijani war also signalled a big dose of Western self-restraint designed to tread respectfully around Russian sensitivities. Judging by Russian policies in Libya, Central African Republic, and Serbia, one cannot say that similar self-restraint informed Russian foreign policy calculations.

This lack of reciprocal restraint poses the question of how the US and EU should react to the geopolitical gold-rush mentality of powers like Russia (or Turkey). As in the nineteenth century, for them, holding ground is what matters. Powers force themselves into the picture, move fast and aggressively, mark territory, and then use that to negotiate and engage with other regional players. But, by now, the EU is increasingly elbowed out of too many sensitive crises, even in its own neighbourhood: Libya, Syria, the South Caucasus, parts of sub-Saharan Africa. Polite reset talk will not turn the EU from a spectator into an actor. Action will.

Russia will be incentivised to seek a reset only when it hits the wall of Western intransigence without maintaining hope that it can circumvent such intransigence, or wait it out. For now, offering Russia resets every other year only leads to greater Russian disregard for Western interests in eastern European security or in the Middle East.

Somewhat paradoxically, a more confrontational approach to Russia on some dossiers, coupled with offers to talk, might actually yield better results than regular reset offers. That means that maintaining the sanctions pressure, giving up on Nord Stream 2, and nurturing deeper security partnerships with the EU’s eastern neighbours might be a rockier, but ultimately more secure, route to re-engaging with Russia. A muscular approach is more likely to yield engagement than diplomatic supplications and unpersuasive attempts at geopolitical flattery and resets – which Europe and the rest of the West have tried repeatedly for ten years now – and failed at repeatedly.