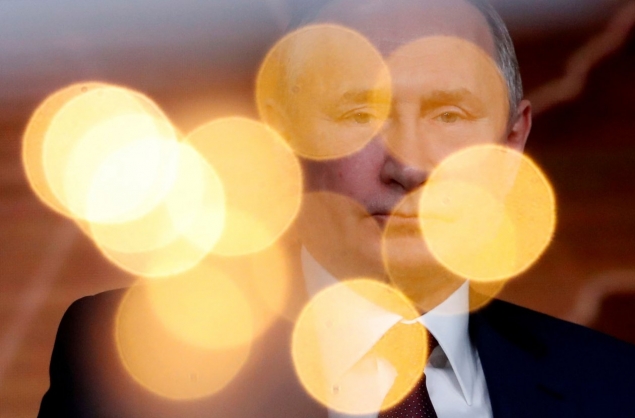 In his nine-thousand-word article on these pages last week, Vladimir Putin offered his view about the causes of World War II. Many Western commentators have dismissed it as tendentious propaganda. As a scholar who toiled in the Moscow archives and later served there as a diplomat, I disagree. Putin’s piece holds great interest and should be read. Understanding why can yield a more creative response from scholars and diplomats alike. To do so, we should ask four questions.

1. What did Putin say, and does it have merit?

Putin wants above all to justify the Ribbentrop-Molotov Pact of August 1939, and so absolve the Soviet Union of responsibility for World War II. In its place, he indicts the 1938 Munich Agreement and the countries that concluded it. Much has been made of apparent errors, obvious omissions and selective use of sources in Putin’s article. While it is important to point this out, the wider context matters more.

Any competent historian could amplify British and French failings. Putin does not mention, for example, the Anglo-German Naval Agreement or Hoare-Laval Pact of 1935, both of which undermined collective security. Few would disagree with Putin’s view that “all the leading countries are to a certain extent responsible” for the course of events. In a Russian TV interview on this subject in March, Putin said angrily “Let other countries honestly say how they evaluate their leadership in those times.” He seems unaware that criticism of appeasement is a staple of Western debates to this day. As on any subject, historians differ in how they select, emphasize and combine evidence into arguments. But however sharp their disagreements, they are not prosecuted for “falsifying history,” as some now are in Russia.

The significance of Putin’s arguments lies less in whether they are good or bad history, and more in what they tell us about his perceptions, and about the state of Russian-Western relations.

2. Why did Putin write it, and what does this tell us?

Putin wrote in response to a European Parliament resolution last September, on “Importance of European remembrance for the future of Europe.” The second of its twenty-two points condemns the Molotov–Ribbentrop Pact, its secret protocols, and the division of Eastern Europe that followed. Contrary to Putin’s claim, it did not argue that the pact caused World War II, only that it was the “immediate” cause. This crucial word was added after the first draft of the resolution. It implies an understanding of deeper underlying causes. Without it, Putin might have had a point.

The European Parliament plays no real diplomatic role. This resolution had no consequences, and few Europeans noticed it. Putin could have ignored or dismissed it. But, though ruling a nuclear power, dealing with the coronavirus and changing the constitution to stay in power after 2024, he took personal charge. Last December, in a long speech to CIS leaders, he announced his intention to write an article in response to the resolution. He claims to have read a huge volume of documents, including all those on Soviet-German relations in late 1939. Veteran journalist Alexei Venediktov, who has watched him for years, is convinced that its style betrays Putin as the author. This is an extraordinary behavior for a major leader. It shows that Putin is not merely proud of the Soviet role in World War II; he is fixated.

Why has Putin done this? He says he wants to protect the sacred memory of the enormous Soviet wartime sacrifice. In this view, to argue that the Soviet Union bore any responsibility for the war is to deprecate its suffering. But there is no contradiction between criticizing the state and honoring the dead. Germany was defeated thanks to the Soviet people and in spite of Stalin. Western leaders and ambassadors have always paid respect to the war dead across the former Soviet Union.

Some observers argue that Putin must protect the memory of World War II for domestic legitimacy. The further the war recedes into the past, the more its triumph is made a prop of the present order—hence the tightening of control over permitted opinion about the war and the criminalization of dissent. It is no coincidence that Sergei Naryshkin, head of Russia’s foreign intelligence service, is also chairman of the Russian Historical Society. Yet Putin’s article was aimed at Western audiences. Although on the Kremlin website, and discussed in Russia, it was published in a major United States (not European) outlet.

3. Why did the EU parliament pass this resolution?

Putin claims the EU resolution is part of “a deliberate policy aimed at destroying the post-war world order.” The truth is less dramatic and more illuminating.

First, the resolution was not passed unanimously: 20 percent of Members of the European Parliament (MEPs) voted against. By far the biggest source of opposition—twenty-four of seventy-three votes against—was the UK. In all, 38 percent of British MEPs voted against—the highest proportion of any country apart from Greece and tiny Cyprus. They included Ann Widdecombe, a former Minister of State. It is not only Western historians who debate the origins of the World War II. Politicians do too.

Nearly every MEP who proposed the resolution is from Central and Eastern Europe. They invoke the past because they worry about the present. They point to the terrors of extremism of all kinds, including within European societies, because it may resurge and pose “modern threats to democracy.” And why specifically mention the Ribbentrop-Molotov Pact? Because here, too, these countries worry that history might repeat itself.

It is Russia, the country that justifies the pact, that they fear—not Germany, the one that condemns it. The resolution notes that “the Russian authorities denied responsibility for this agreement and its consequences.” The previous month, Foreign Minister Sergei Lavrov had justified the pact at an exhibition marking its eightieth anniversary. His was not an isolated remark. When Russian embassies on social media, for example, seek to legitimize the occupation of their host countries during World War II, they signal that Russia might aggress again. Such travesties of public diplomacy serve no-one’s interests.


As Faulkner wrote, “The past is never dead. It’s not even past.” But Russia, and now Putin personally, keep it alive, and to no good purpose. This further corrodes trust in Russian intentions today. Ironically, it was a lack of trust in Soviet intentions that, above all, made Britain and France so wary of allying with the Soviet Union in 1939.

4. What should the West say now?

Consider how strange this episode is. Putin misunderstood a little-noticed document and labored mightily to write a critique that will convince few but will exacerbate the distrust that underlay this exchange. Is there any way through this? Diplomats focus on what they might agree on. Here are three things the West should do.

First, whatever the disagreements on the causes of World War II, and however terrible the Soviet regime, no–one can dispute that the Soviet Union bore the vast majority of its losses: Russians, Ukrainians, Belarusians, Kazakhs and many other peoples. It is the simple arithmetic of hell. The West should say this loud and clear. It would cost nothing. The EU Parliament could pass a resolution.

Second, Putin insists that in assessing the war, “it is crucial to rely exclusively on archive documents and contemporary evidence while avoiding any ideological or politicized speculations.” This, too, is indisputable. We should all share more documents from more sources. In the Soviet case, this means not only the foreign ministry but the Central Committee, Politburo, NKVD and other parts of the system, too. Russia has made remarkable progress in opening its archives in recent years. It can go further, and so can other countries. And this is a universal principle that applies to any historical question. So stop persecuting historians, in particular those investigating Stalin’s crimes. Respect the sources. If the authorities disagree, then let them explain why.

Third, debate history in its own terms. To condemn a country’s actions in the past does not pass a verdict on the present. There is nothing to fear, and much to gain, in honest and critical appraisal. Many Western countries are now confronting, more urgently than before, the horrors of slavery and racism. Acknowledging the past, however difficult, is painful but ultimately healthy. Historical truth is not a zero-sum game.

This is how the West should respond, not by finger-pointing or point-scoring. Say this publicly and honestly. A call for truth always plants seeds. And if Putin is unlikely to be swayed, there are audiences that will—and will outlast him.

Dr. Nigel Gould-Davies is Editor of Strategic Survey and senior fellow for Russia and Eurasia at the International Institute for Strategic Studies. He served as Head of the Economic Department in Moscow, and Ambassador to Belarus, in the British Foreign Office. He is the author of Tectonic Politics: Global Political Risk in an Age of Transformation (Brookings, 2019).