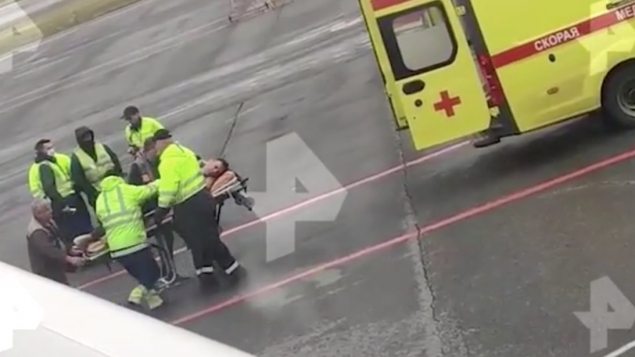 Russian opposition figure Alexei Navalny is unconscious in hospital with suspected poisoning, his spokeswoman has said.

The anti-corruption campaigner fell ill during a flight and the plane made an emergency landing in Omsk, Kira Yarmysh said on Twitter.


She said they suspect that Mr Navalny was poisoned by something mixed into his tea.

Mr Navalny is a staunch critic of President Vladimir Putin.

In June he described a vote on constitutional reforms as a "coup" and a "violation of the constitution". The reforms allow Mr Putin to serve another two terms in office.

"This morning Navalny was returning to Moscow from Tomsk," Ms Yarmysh tweeted.

"During the flight, he felt ill. The plane made an urgent landing in Omsk. Alexei has toxic poisoning. Right now we are going to hospital.

She added: "We suspect that Alexei was poisoned by something mixed into [his] tea. It was the only thing he drank since morning. Doctors are saying that the toxic agent absorbed faster through the hot liquid. Right now Alexei is unconscious.

The claims have not yet been independently verified.

Mr Navalny made a name for himself by exposing rampant corruption, labelling Mr Putin's United Russia as "the party of crooks and thieves".

In 2011 he was arrested and imprisoned for 15 days following protests over vote-rigging by Mr Putin's United Russia party in parliamentary elections.

Mr Navalny was briefly jailed in July 2013 on embezzlement charges but the sentence was widely seen as political.