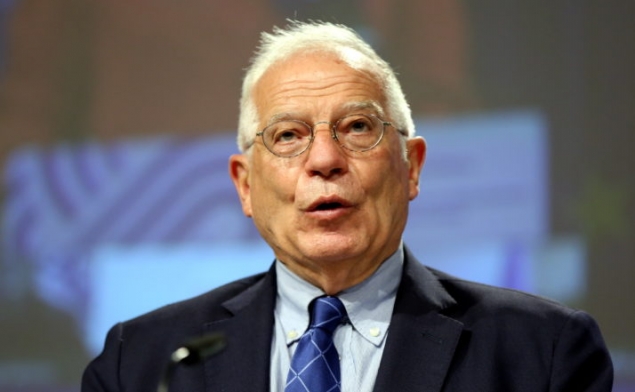 The EU "considers that the G7 format is a vital multilateral framework among countries guided by shared values, interests and commitments," the bloc's top diplomat, Josep Borrell, said Tuesday during a virtual press conference on how the next EU budget will have an impact on foreign policy.

Moscow's participation in what was the G8 was "suspended until Russia changes course and the environment allows for the G8, again, [to] have a meaningful discussion and this is not currently the case," said Borrell, a former Spanish foreign minister.


The U.S. currently holds the presidency of the group of seven industrialized nations, which also includes Germany, France, Italy, the U.K, Canada and Japan. Russia was suspended in March 2014 after the annexation of Crimea. It joined the club in 1998.

U.S. President Donald Trump said at the weekend he would postpone the annual G7 summit until September and that he planned to invite four non-member nations, including Russia. His announcement prompted the U.K. and Canada to express opposition to any potential readmission of Moscow.

Trump has previously floated the idea of asking Russia to rejoin, but the approval of the other members would be required for that to happen, Borrell said.

Trump had wanted to hold the G7 in Washington later this month. Last week, German Chancellor Angela Merkel said she would not attend due to the coronavirus pandemic. “As of today, considering the overall pandemic situation, she cannot agree to her personal participation, to a journey to Washington,” Merkel’s spokesman told POLITICO.

During Tuesday's press conference, Borrell also addressed the death in the U.S. of George Floyd, an unarmed black man who died after being pinned down by a police officer’s knee to the neck for nearly nine minutes.

"We are shocked and appalled" by the death, Borrell said. "This is an abuse of power and this has to be denounced." He added that "all societies must remain vigilant against the excess of use of force" and stressed that "we condemn violence and racism of any kind."

Borrell called "for a deescalation of tensions" and said that "we trust in the ability of the Americans to come together, to heal as a nation and to address these important issues during these difficult times."