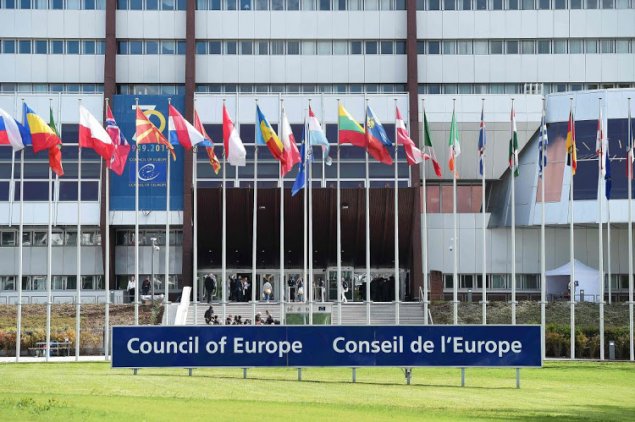 The Council of Europe is concerned about the possible adoption by the Verkhovna Rada of a bill amending some laws of Ukraine regarding the activities of the judiciary (No. 1008), which provides, inter alia, a reduction in the number of judges of the Supreme Court and changes in the activities of the High Qualifications Commission of Judges (HQCJ), the High Council of Justice (HCJ).


"Against this background, we have taken note with some concern of Draft Law N. 1008 "On Amendments to Some Laws of Ukraine on the Functioning of Judicial Governance," adopted in the first lecture by the newly elected Verkhovna Rada. This text puts forward wide-ranging changes which could have significant implications for the independence of judicial system. In particular, it affects the status and competencies of judges, as well as relating procedures," says a letter by Secretary General of the Council of Europe Maria Pejchinovic-Buric addressed to Foreign Minister of Ukraine Vadym Prystaiko, posted on the website of the Council of Europe.

The Secretary General notes that the achievements of an independent, effective and professional judicial system, which the public trusts and which meets its needs, are part of the commitments Ukraine made when it joined the Council of Europe.

"We fully acknowledge the will of the Ukrainian Government to advance with reforms. At the same time, it is of utmost importance that it builds on the achievements resulting from reforms carried out to meet Council of Europe and international standards," Pejchinovic-Buric said.

The Secretary General noted that the adoption of draft law No. 1008 at the first reading is aimed specifically at introducing changes to the system of disciplinary practice and the career of a judge. At the same time, the proposed changes to the law should be consistent with the European Convention on Human Rights, the practice of the European Court of Human Rights, the principles of independence of the judiciary set out in the decision on [Oleksandr Volkov v. Ukraine group of cases], and relevant recommendations of the Council of Europe.

She supported the call of the Committee of Ministers of Europe to make full use of the practical experience and knowledge of experts of the Council of Europe in this matter.

"We remain at the Ukrainian authorities' full disposal for any expert advice, support, and analysis they may need in connection with Draft Law N. 1008, and more generally, with the preparation and implementation of new legislation or other measures impacting the independence and functioning of the judiciary and the prosecution authorities," she stressed.

As reported, on September 12, the Verkhovna Rada adopted a bill that proposes to amend the activities of the High Qualifications Commission of Judges (HQCJ), the High Council of Justice (HCJ) and reduce the number of members of the Supreme Court.

It is proposed to extend the lustration to the leaders of the HQCJ and the State Judicial Administration, who held their positions for at least a year from November 21, 2013 to May 19, 2019. Corresponding changes will be made into the law on the purification of power.

The law on the judicial system and status of the court proposes to consolidate the reduction in the quantitative composition of the Supreme Court from 200 to 100 judges, to clarify that the HQCJ will be a collegial body.

The Supreme Court, in turn, turned on September 30 to President of Ukraine Volodymyr Zelensky and head of parliament Dmytro Razumkov with a proposal to receive an expert opinion from the Venice Commission regarding the bill.