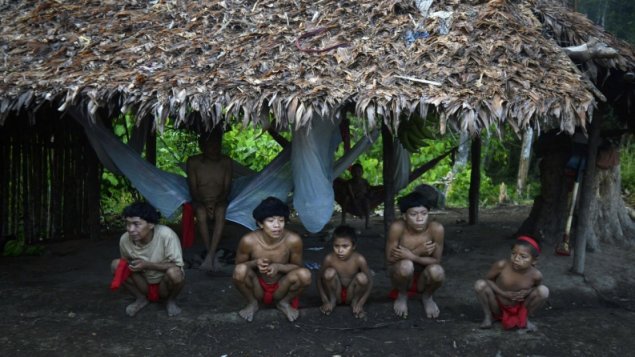 The 15-year-old boy from the Yanomami indigenous tribe lived in a remote village such as this one.

(CNN) A teenager from an isolated Amazonian tribe who tested positive for Covid-19 has died, raising concerns about the coronavirus' impact on the region's indigenous people.

The 15-year-old boy, a Yanomami from the village of Rehebe on the Uraricoera River, died Thursday, according to Brazil's Ministry of Health.

He had been in the intensive care unit in Roraima General Hospital in Boa Vista, the capital of Roraima state, since April 3. The hospital has not revealed his cause of death, the Ministry of Health said. 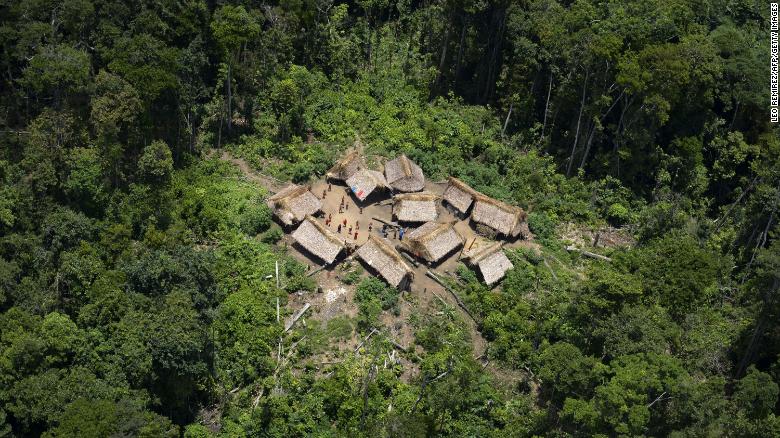 Brazil's health minister said that the boy had tested positive for Covid-19, during a press conference on Wednesday.

"Today we had a confirmed case in the Yanomami, which concerns us a lot," he said. "This is a government concern for indigenous health."

The Yanomami live in the rainforests and mountains of northern Brazil and southern Venezuela, according to Survival International, an organization that seeks to protect indigenous rights. The largest relatively isolated tribe in South America, there are an estimated 38,000 Yanomami today, the organization's website says.

The Socio-Environmental Institute (ISA) said the virus had spread among the Yanomami through miners who had illegally entered indigenous territory.

"Today, without a doubt, the main vector for the spread of COVID-19 inside the Yanomami Indigenous Territory is the more than 20,000 illegal miners that go in and out of the territory without any control," ISA said in a statement on its website.

"The Yanomami, as many other indigenous people, are among the groups most vulnerable to the impacts of COVID-19 and should be urgently protected, under the risk of genocide with the complicity of the Brazilian State."

The Association of the Indigenous People of Brazil (APIB) said the boy was the third indigenous person to die of Covid-19 in Brazil.

Brazil has recorded more than 18,176 confirmed cases of Covid-19 and more than 957 deaths as of Friday, according to Johns Hopkins University Center for Systems Science and Engineering.