Moldova's Europhile aspirations(OPINION) Moldova is running away from Russia, but at what cost? 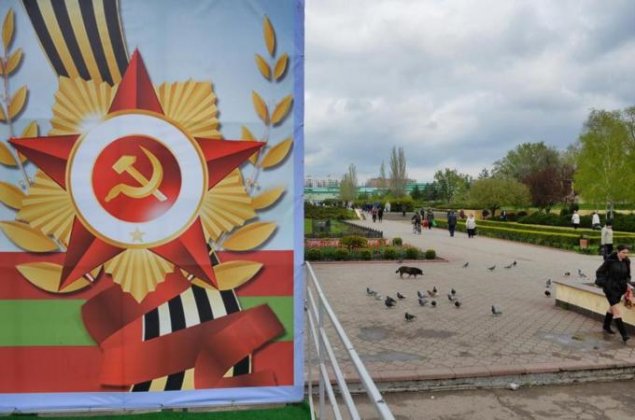 Tbilisi and Chisinau, the Georgian and Moldovan capitals, have been the stage of intense diplomatic activity over the last few weeks.

Both countries are eagerly monitoring the evolution of the Ukrainian crisis as they too are implementing a historical transition from traditional Russian influence to Europhile aspirations, balancing between a majority pro-European population and active pro-Russian minorities.

At the Vilnius summit last November, Georgia and Moldova signed agreements on political association and free trade with the European Union - the very partnership that then Ukrainian President Viktor Yanukovich rejected before being forced out of power by a series of popular uprisings on the streets of Kiev. This was a blunt and potentially self-destructive move by the Georgian and Moldovan political elites as it reduced their margins of manoeuvre both domestically and internationally.

Domestically, both countries have had to undertake significant reforms to satisfy European demands like cracking down on local corruption. Those policies are instrumental in the sustainable development of both countries, however, they sparked discontent among the local population.

The macroeconomic stability demanded by their European partners requires the end of populist measures and bureaucratic hurdles to which their population had become accustomed. In Moldova especially, the liberal coalition in power faces crucial parliamentary elections next fall in which it could very well pay the price of these domestic reforms. Indeed, polls suggest that the pro-Russian communist party and the liberal coalition would be almost at a tie.

The second set of renewed threats is exogenous and linked to the Russian reaction to this pro-European slide. If the dozens of European flags flying on Georgian administrative buildings are anything to go by, they will not be of any help if Russian President Vladimir Putin turns his eyes again towards Tbilisi. This explains why, earlier this month, Georgian Defence Minister Irakli Alasania provoked considerable controversy during a conference in Washington DC, by suggesting that NATO anti-airstrike defence missiles could be deployed on Georgian soil to protect his country's sovereignty and warn Russia against further military intervention.

While firmly condemning the events in the "Eastern Republic of Ukraine", authorities in Tbilisi have regularly made the case that "Russian destabilisation" should be considered as a methodically designed Russian policy towards its neighbours. In the eyes of Tbilisi, the seizing of Crimea and turmoil in east Ukraine are nothing more than the second phase of a carefully planned Russian strategy to regain control over former Soviet territory, six years after the 2008 Russia-Georgia war that saw two Georgian republics drift away from Tbilisi's control: Abkhazia and South Ossetia.

In the same vein, Moldova fears a duplication of the Crimean scenario within its own borders. On March 18, the president of the parliament of the separatist province of Transnistria officially called his Russian counterpart to initiate legal steps towards the annexation of the Moldovan territory.

As in Crimea, this appeal is popular among a local population fuelled by distrust towards the elected authorities in Chisinau. Even if it was not recognised by the vast majority of the international community, the local referendum held in 2006 in this 50km-wide strip of land stuck between Moldova and Ukraine, showed decisive popular support, 97 percent, for a reattachment to Russia.

A key difference however resides in the fact that Russians have always been a minority in Transnistria, representing a third of the population of the province. Support for the referendum could mostly be explained by the still unachieved reconciliation after the 1990-1992 civil war in the region after the collapse of the Soviet Union, a latent rejection of Romanian influence in domestic Moldovan affairs, and of the widespread corruption among the liberal elites in Chisinau.

In any case, if from a European perspective the diagnosis is different for both countries - exogenous Russian threat in Georgia and domestic institutional failure in Moldova - the remedy is identical. The EU needs to step up and provide additional support to both countries as their local populations have, until now, mostly seen the strains of reforms without witnessing any of their fruits.

Since the signing of the partnership agreements, European leaders have demonstrated increased interest, multiplying the visits to Chisinau and Tbilisi. The joint visit to both cities - for the first time in 25 years - of the French and German foreign ministers, Laurent Fabius and Frank-Walter Steinmeier, finally showed the good intentions of Europe's major powers after the Russians declared an embargo on Moldovan wine. Similarly, French President Francois Hollande's speech in Tbilisi on May 13, a week after the visit of Georgian President of the Parliament Davit Oussoupachviliin to Paris, sent a clear message that Georgia's future was clearly geared towards the EU.

However, good intentions are worthless if they are not transformed into concrete action. If the new visa regime awarded by the EU last month - allowing Moldovan citizens to travel freely within the European Union - is a step in the right direction, it still looks grim compared to Moscow's recent decision to award full citizenship to any Russian speaker in the former Soviet space.

The EU needs to invest more in both economies. It has started to do so by financing a 7 million euro ($9.6m) pipeline to break Moldovan dependency on Russian gas and link its energy grid with Romanian supplies. But this might very well be too little too late if the Moldovan population does not register a palpable improvement to their economy following the opening of European markets.

Although the Moldovan poverty rate decreased from 30 percent of the population in 2006 to 16.6 percent in 2012, it remains the least developed country on the European continent with a GDP per capita of only $3,400. The EU already fell short of expectations with Ukraine when six months ago it offered a laughable envelope of 610 million euros ($835m) when Yanukovich was lobbying for a 20 billion euro ($27bn) aid package.

If Brussels fails to show generosity again, the political treasury in Moldova and the security equation in Georgia will definitely tip to the Russian side.